Like Those Who Dream: Chapter 13, Wedding Plans
-Roy Lessin, Meeting in the Meadow

Clouds are firm enough
To hold the falling rain;
Mountains are great enough
To reach out to the plain;
Trees are tall enough
To shade the summer sun;
The wind is cool enough
To freshen everyone.

Rivers are strong enough
To make it to the sea;
Flowers are sweet enough
To satisfy the bee;
Lakes are clear enough
To reflect the morning sky;
The eagle is wise enough
To make his nest on high.

But there isn’t anything
That I could ever do,
To make my heart big enough
To hold my love for you.

(A poem from Roy to Char)

It was the end of another night of studies as I cleared the top of my desk, reached into my desk drawer and pulled out a pen and a sheet of my personally designed stationery. It had a seal at the top in the shape of a crown and included the Scripture from Revelation 2:10 …“Be thou faithful unto death, and I will give thee a crown of life.”  I had the writing paper and matching envelopes designed and printed by one of my friends in the print shop. Letter writing had become a normal part of my daily routine during my senior year.

After our engagement, Char moved back to her home in the farming community of Rollag, Minnesota and got a job cleaning houses in Fargo/Moorhead for $10 a day. Rollag was about 200 miles northwest of Minneapolis and since I didn’t have a car, the only way to get there was to hitchhike or take a bus. I didn’t have many days off to travel up to her farm, and I didn’t have the money to make a lot of phone calls, so letter writing became our main form of communication (stamps were only 5 cents for a first class letter.)

With Char no longer living on campus, I put myself into my studies and finished the year with my highest marks. As the school year moved toward the spring and graduation, I started to think more seriously about the things I needed to do in preparation for our soon approaching wedding. My brother, Don, was also making wedding plans at this time. While visiting me during my junior year, Don had pursued Beverly Hill, a student in Char’s class and the one Don had first noticed on his visit to Bethany the summer before. Their relationship blossomed quickly. When Bev graduated from Bethany she attended Spanish language school in McAllen, Texas. Don attended there at the same time. They both had a call on their lives to serve the Lord in Mexico. While they were in language school they became engaged and planned to marry on May 28th, 1964, the day after graduation. Char and I had set our wedding date for June 2nd, 1964, two days after my graduation from Bethany. The difference of five days was just enough for Don and Bev to attend our wedding.

About six weeks before our wedding, Char made a trip to Minneapolis to talk to me about some of the wedding plans she and her mother were making…

I knew nothing about planning a wedding and assumed that the groom just showed up on the day of the wedding and got married. It was quite a revelation when I found out that I should be responsible for the flowers.

“My parents understand that as a student you have no money, and they are perfectly willing to cover the expenses for the flowers,” Char told me during our discussion.

“How much are we talking about?” I asked.

“Counting my bouquet of roses and corsages for the mother’s, it would be $25.”

“I’m thankful your parents are willing to pay for the flowers, but I don’t feel they should. Since it is my responsibility, I want to pay for them. When would you need the money?”

“We would like to pay the florist by the 15th of May.”

“I will ask the Lord to provide the money for the flowers by that time.”

From that point on, whenever I received any amount of money I put it aside for the flowers. With one week left to make my deadline, I had $15. As I stretched out on my bed one evening to give more thought to my financial situation, a classmate stuck his head in the door and asked, “I’m on my way to Minneapolis and I’m in need of five dollars. Could you help me out?”

I knew he wouldn’t have asked if he didn’t need it.

He smiled, took the money, thanked me and walked away.

The more I thought about having the $25 by May 15th the more worried I became. Once again my heart reached out to the Lord, “Father, you know that my desire is to have this money on time as a testimony of your faithfulness, and I trust you to provide all that is needed.”

Over the next few days a few dollars came in from some unexpected sources. With one day to go I had $15 in my wallet. The next morning I put on my grubby jeans and my gray, cutoff-sleeved sweatshirt, went to the dining room and ate a quick breakfast, and then headed off to work in the trailer shop spray booth. I was helping another student paint some sheet metal parts.

It was mid-day when a young salesman entered the building. I had seen him on a couple of other occasions and had visited with him briefly. As he passed by the spray booth on his way to the shop office, he stopped for a moment and greeted me. I returned the greeting and kept on working. When I looked up a few moments later, I noticed he was still there.

“Can you come here for a moment,” he called out.

I put down the spray gun and walked over.

“This may sound strange,” he said, “but last night I clearly heard the Lord speak to me. He told me that when I came to visit Bethany today I was to give you this…”

At that moment he extended his hand and placed a ten dollar bill in my palm.

“Please receive this from the Lord,” he added.

I thanked him and told him how much it meant for me to receive the money on this particular day. It was a testimony to both of us!

That day was just the beginning of the Lord’s provisions for our wedding. After sending off the $25 to Char, I still had no wedding suit to wear, no dress shoes, no money for a honeymoon, and no car to go on a honeymoon…

About two weeks before the wedding I was in my room relaxing when I heard a knock on the door. I opened it and was surprised to see a group of guys from the dorm standing in the hallway. I invited them in, wondering what was up.

“We took a collection from all the guys in the dorm,” one of them said, “We had enough money to buy you this…”

He handed me a hanger that held a black suit. It was a perfect fit!

“After we bought your suit,” he added, “we had enough money left over to buy you this wristwatch.”

A few days later, a friend approached me in the dorm and said, “The Lord told me to buy you a new pair of shoes. I’d like to take you to the mall in downtown Minneapolis this afternoon. There’s a great men’s shoe store there that sells quality dress shoes. You can pick out any pair you like.”

With the wedding just days away, a student, who owned a 1959 customized Chevy Impala told me, “I’d like you to take my car on your honeymoon,” and handed me the keys. It was a dream car and so much fun to drive!

The final need was met when we received enough cash in wedding gifts to go on our honeymoon. The trip included cruising through the Black Hills on our way to the West Coast. (With the exception of my mother, who was able to attend the wedding, our trip would provide Char with her first opportunity to meet my family).

Here are a few of Char’s thoughts during that time… 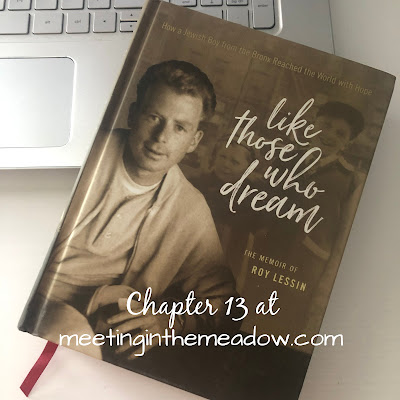 Roy graduated on Sunday, came up to Rollag for rehearsal Monday and we were married Tuesday evening. I did not want to be nervous during the wedding. I had decided to enjoy each moment of the wedding and thank the Lord, I did!  Each moment I peacefully drank in, trying to hold it in my memory from walking down the aisle with my dad to greeting the guests and eating cake. A very special feature of our wedding was that my dad sang two songs “The Lord’s Prayer” and “Savior, Like A Shepherd Lead Us.”

This was my first time to meet Roy’s mother! She was very easy to get to know and we hit it off right from the start. She was strikingly attractive and a very likeable person. We had a great love relationship as Daughter-in-law and mother-in-law in the many years to come. I would be in her home in Los Angeles within a few days for a two week honeymoon when Roy showed me all of Southern California.

I was a bit fearful to meet Roy’s dad. In those days cassette tapes were the best way to communicate for them as telephone was a luxury for long distance and used for only special occasions.  A few times Roy would let me listen to a piece of their recording. His father sounded very firm and authoritative.

I was to meet Roy’s dad on our honeymoon and I didn’t know what to expect. When the moment came I was very surprised to see what a tall handsome and loving man he was! We became very close in heart and spirit and enjoyed many years of deep friendship and deep respect for one another until his death at the age of 89. It was a privilege to have been one of his daughters-in-law. He would be, in the years to come, following our marriage, a God given vessel to speak much truth into my life. He was always gentle with me and very patient although he could be gruff with others mixed in with gentleness—I think he knew I couldn’t handle the ‘gruff’ part so stuck to the ‘gentle’ with me.