I had finally arrived on foreign soil! I would now happily ‘serve the Lord’ as a missionary telling the people about Jesus! I would finally ‘be spiritual’!

I had also arrived at my lifelong dream to one day work in an orphanage. 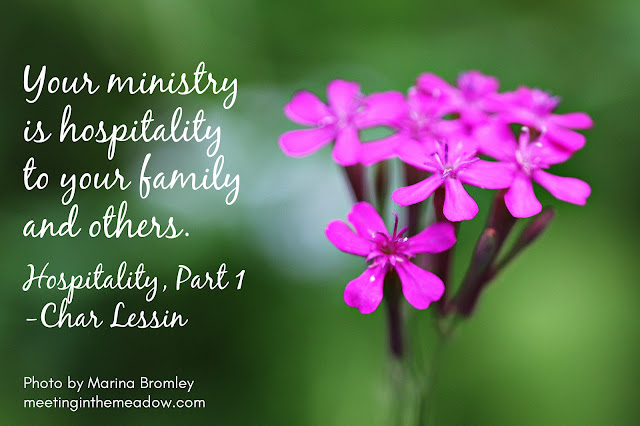 I found as time went along that our laundry, preparing our meals and mopping floors interfered with my vision of what I thought serving the Lord meant. Playing the piano at a Sunday evening church service only helped strengthen my vision a little bit! Sorting used burned down candles and raggedy clothing that people had donated to an orphanage barely helped the image. The ‘generosity’ of people in their giving was near embarrassing as I unloaded box after box of broken things.

One day while riding the bumpy roads into town on our way to the post office to fetch our mail, I was feeling disappointed and discouraged as missionary life was not the exciting life-changing experience I had envisioned.  I heard the Lord speak very clearly to my heart that day and said, “Char, I have called you to be a homemaker and serve me within your home. Your ministry is hospitality to your family and others.” Suddenly a calm and peace flooded over me that I really liked.

The scripture that brought rest inwardly was, “Whatever you do, do it whole heartedly as unto the Lord, and not to men.” I would learn through the rest of my life what this verse would mean. It was no longer my minds’ image of how I should look and be, but rather what the Lord had for me! The attitude of ‘as unto the Lord’ would change me. I would learn that the ‘whatever’ would be washing a cup, doing the laundry, and vacuuming the floor or grocery shopping. It would be serving at my kitchen sink rather than a pulpit.

Whatever you do [whatever your task may be], work from the soul [that is, put in your very best effort], as [something done] for the Lord and not for men (Colossians 3:23 AMP). 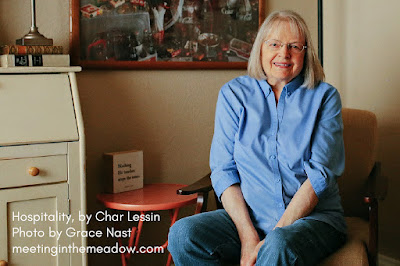 Char Lessin was raised on a Minnesota farm and grew to love the Lord at a young age. She and Roy met while they attended Bethany Fellowship in Bloomington, MN, and early in their marriage they served together as missionaries in Mexico and Puerto Rico. She continues to serve the Lord through their home in NW Arkansas, ministering to the people that the Lord brings to her.

©2023 Roy and Char Lessin, Meeting in the Meadow. Photos by Grace Nast, Marina Bromley, used with permission. All rights reserved.