Like Those Who Dream: Chapter 16, Baja
-Roy Lessin, Meeting in the Meadow

I wait on God to bring to pass
All He has promised me;
And as I wait, I rest in faith
For what I cannot see.
For in His way He will provide
At just the perfect time,
Everything that’s good and right
To bless this life of mine.

After we left Bethany, Char and I heard many reports of what God was doing in the country of Mexico. It created a desire in us to go into the country to experience things first-hand. We knew my brother Don and his wife Bev had been called to serve the Lord in Mexico, and we decided to link up with them and go there together. To help us prepare, we accepted an offer to “house sit” a home of a friend of ours who lived in Southern California. We stayed there for a few months and got temporary jobs at World Vision.

One of the big needs on our prayer list was the provision of a pickup truck. Based on our research, we felt it was the best type of vehicle to take into Mexico. Since Don and Bev were the ones who were called to Mexico, we assumed they would be the ones the Lord would bless with a pickup. It turned out to be Char and me instead. Char’s grandparents, who were also living in Southern California, knew about our need for a truck. They weren’t wealthy, but they had a heart for missions, and were generous givers. They felt it on their hearts to purchase a blue GMC pickup truck and give it to us as a gift. Once the truck arrived we started making our plans to move south. 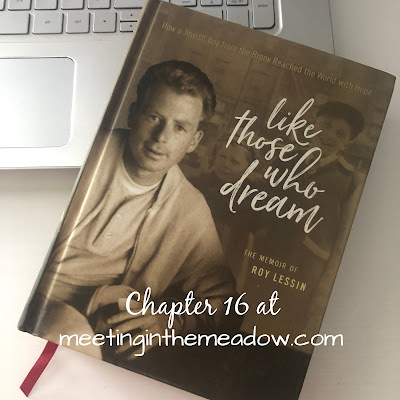 Since Char and I knew no Spanish, and Don and Bev were a little rusty with their Spanish, we decided to move to Ensenada, a city in Baja, south of San Diego. We had heard about Ensenada from someone at World Vision who ran an orphanage just outside the city. Our plan included renting a house and having Don and Bev tutor us in the Spanish language for three months. Living there would also allow us to help in the orphanage when possible.

We bought a camper shell for the back of the pickup, loaded up our necessary belongings, including a month’s supply of canned goods, and drove down to Ensenada, the four of us riding in the front seat of the truck. We had saved enough money from our jobs at World Vision to rent a place and hopefully take care of our basic expenses during our stay.

Ensenada was a beautiful city located on the Pacific Coast. It had everything we needed including a nice market place, good shopping, and a wonderful fish market right on the beach. Here we could buy fresh fish right off the fishing boats that went out daily. Halibut filets soon became our favorite meal.

We found an ideal place to rent—a two bedroom, fully furnished house, located a few yards from the beach. Within a few days we had set up our study schedule and started hitting the books. Our classes were very intense and Don and Bev did a great job helping us to dig into the language. These studies also helped them become more fluent with their Spanish.

One morning, at about the one-month-mark, the food supply we brought from California was just about gone. After breakfast, Char and Bev announced that lunch would be our last meal. Every canned good, every box of cereal, every cracker was gone. Our money supply ran out at the same time. We had no idea what we would do for our evening meal. To make matters even worse, we ran out of toilet paper that afternoon. We had no financial reserves, no money in the bank, and after a trip into town to check the post office box we had rented, we knew we wouldn’t be getting any money through the mail that day. We went back to our beach house that afternoon wondering if we would be eating an evening meal.

We were all sitting in the living room in the early evening when we heard a knock at our front door. We weren’t expecting any visitors and wondered who it could be. Char went to the front door. There stood the couple from World Vision who helped supervise the orphanage in Ensenada. In their arms were several large grocery bags filled with food. Sticking out the top of one of the bags was a package of toilet paper. “We thought you might be able to use these,” one of them said. “We decided to make an unscheduled trip to the orphanage this weekend and we picked up these groceries for you on the way.” We invited them in and shared a joyous meal together.

By the second month in Ensenada, Char and I were starting to feel a little more comfortable with our Spanish. Our vocabulary was expanding and we were able to use what we knew with merchants and some local residents.

We were enjoying our schedule and doing well. Enough money had come in through the mail to meet all our expenses—that is until the day we woke up to a few unexpected surprises. While attempting to use one of our kitchen appliances we blew out our two main electric fuses located in the fuse box attached to the wall next to the kitchen sink. That morning we also ran out of bottled drinking water.

Between the four of us we didn’t have a single centavo. We had a fuse blow out before and knew they were 10 cents each. The five gallon bottle of drinking water we used for drinking, cooking, and brushing out teeth cost 20 cents to replace. We hoped some money to cover our expenses would arrive in the mail that day. Around 11:00 AM Don and I drove into town to see if any money had arrived at office box. There was a letter inside, but no money. When we got back home we gave the news to our wives. No one knew what to do.

“I think I’ll take a walk on the beach and pray,” Don said as he walked toward the front door…

Don had a route he routinely followed when he walked and prayed on the beach. On this day, he was so absorbed in his thoughts that he walked much further down the beach than usual. When he realized where he was he stopped and turned back toward our house. As he did, he noticed something sticking out of the sand in front of him. Out of curiosity, he walked over to the object, bent down and picked it up. The item was small and tightly folded. As he unfolded it, he discovered he was holding a 5 peso Mexican bill! At that time a peso was worth 8 cents in American money, the exact amount we needed.

When he returned to our beach house, he walked in holding the bill up in the air between his fingers. “Look what the Lord provided for us,” he said.

“What is it?” I asked as I tried to focus in on the object he was holding. Don went on to tell us his story as we all stood in awe of God’s provision and timing.

Toward the end of our stay in Ensenada we had some friends come down from Los Angeles to visit us. When they arrived we all went for a ride in our pickup truck to give them a tour of the city. The guys rode in the back of the pickup and the girls rode in the front cab. As we bounced along on one of the side roads my friend asked me a direct question about our finances…

“You guys don’t have any promised support and you don’t belong to a mission organization. How do you plan on living once you go into Central Mexico as missionaries?”

I didn’t have a prepared answer, but out of my mouth came this reply, “Consider the lilies of the field.”

I don’t know if that answer ever satisfied my friend, but it satisfied me. I believed in that moment that God was speaking through me the words that He wanted me to hear. Those simple words, originating in the heart of God, became one of the foundation stones Char and I built our lives upon.