We Have Seen His Glory: Seek Him, Part 4

We Have Seen His Glory: Seek Him, Part 4
-Roy Lessin, Meeting in the Meadow

Now when Jesus was born in Bethlehem of Judaea in the days of Herod the king, behold, there came wise men from the east to Jerusalem. Matthew 2:1 KJV

The wise men came from the east. It was probably Daniel who first brought the truth of the Scriptures to the rulers and priests of this part of the world.  The wise men were not called that because they had great wisdom. Their name meant “magi”, mystical seekers and searchers. They really didn’t have the answers to man’s spiritual needs, but they did want to find the answers. 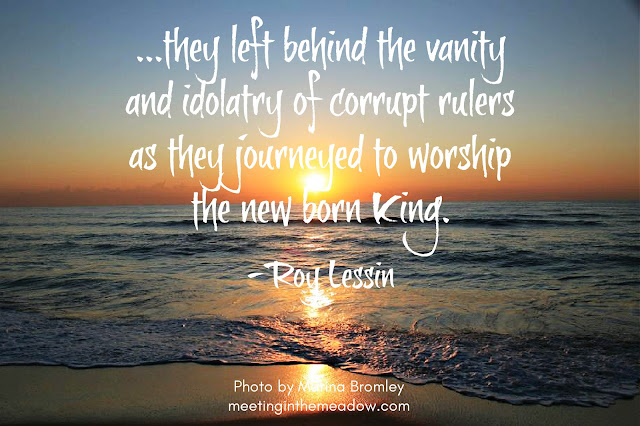 ©2021 Roy Lessin, Meeting in the Meadow. Photo by Marina Bromley, used with permission. All rights reserved.

Email ThisBlogThis!Share to TwitterShare to FacebookShare to Pinterest
Labels: 2021 Devotions, we have seen His glory