We Have Seen His Glory, Part 9: Thank Him

We Have Seen His Glory, Part 9: Thank Him
-Roy Lessin, Meeting in the Meadow

He who did not spare His own Son, but gave Him up for us all—how will He not also, along with Him, graciously give us all things? Romans 8:32 NIV 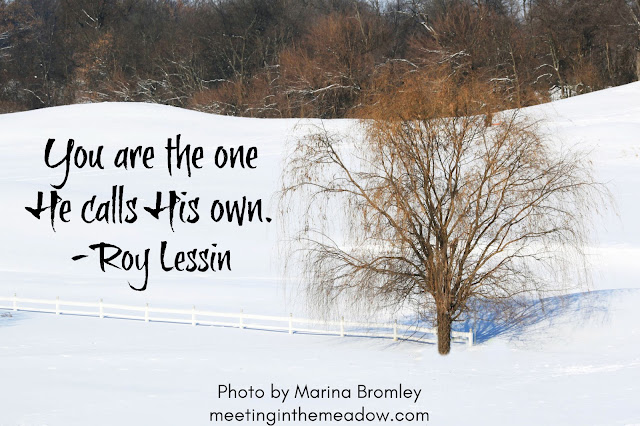 Once, before the foundations of the world, Jesus and His Father had a conversation about the great plan of redemption. That conversation included you. Jesus looked down the corridors of time and knew that you would be born. He saw you when He said to His Father, “I will go.”

What an incredible journey He made; what an overwhelming expression of love He made; what an awesome purpose He had in mind. You were on His heart. When He left His home in heaven He saw you; When He became a man on earth He was seeking you; When He stretched out His hands upon the cross He was reaching out to you; When He returned to His Father He was preparing a place for you. You are the sheep He has come to shepherd, to guide, to feed, to protect, to shelter, and to carry. You are the one He calls His own.

©2021 Roy Lessin, Meeting in the Meadow. Photo by Marina Bromley, used with permission. All rights reserved.