He is despised and rejected of men; a man of sorrows, and acquainted with grief: and we hid as it were our faces from him; he was despised, and we esteemed him not. -Isaiah 53:3

Jesus sought the lowly place so He could lift you up. He was rejected so you could be accepted. He was acquainted with grief so you could be comforted. His heart was broken so yours could be healed. 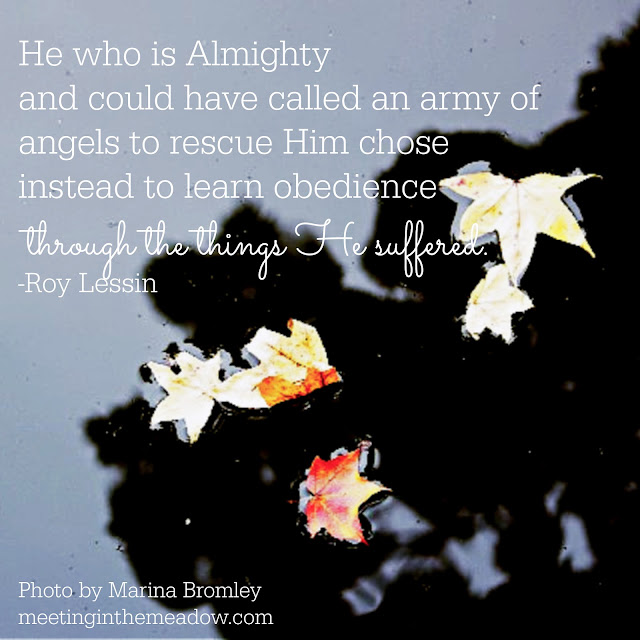 One of the ways that we see the heart of Jesus is through His meekness. Meekness is not weakness. His meekness means that He was totally submitted to the will of the Father. He who is Almighty and could have called an army of angels to rescue Him chose instead to learn obedience through the things He suffered. Meekness is heard in the prayer that Jesus prayed, "Not My will, but Thine be done."

The meekness, the sorrow, and the suffering of Jesus mean that you never need to question His love for you.
...

Email ThisBlogThis!Share to TwitterShare to FacebookShare to Pinterest
Labels: 2020 devotions, Jesus Name Above All Names, names of Jesus